Pierre vs. Team JIRO is a 2-part crossover miniseries for both Kamen Rider Saber and The Hero Squad: Aeon and the Storm Fury Keyblade. It focuses on the characters Pierre, Zofiria and Ryo Ogami/Kamen Rider Buster.

After a series of hijinks that Pierre have caused in the city, the citizens chastise him for his recklessness that leads to him being forced to sign the Accords.

While on the run, Pierre find himself captured by Team JIRO after he apologized to Orb, for testing their friendship and being caught by Councilman Johnson.

"(Gymnasium) (Finn (The LEGO Movie): Slinkman or Celestia has never gotten us out this early for school announcements in the gymnasium during class before. (Sees him on a full body cast) Uh-oh.) Listen up, students. Due to our mishap yesterday involving, well... (Through clenched teeth) I won't have to say anything, but the person responsible for yesterday's prank was... PIERRE YUJOU!!! (Everyone looked at him, knowing that he is responsible for yesterday's prank on Slinkman) And that's not all. General Ross will have to see the Pierre Army after school, because his antics are responsible for putting not just the school, but everyone's lives at risk! But, I thought the Pierre Army is supposed to protect people's lives, not put them in danger. (Pierre: But, Slinkman, everyone likes Pierre.) Oh, really? (Orders Sophisticata to turn on the TV, where we see the citizens angrily chanting at Pierre to stop doing of his antics) (Perch Perkins: Perch Perkins, here with Hank Anchorman and Chet Ubetcha today, as we hear people chanting angrily at Pierre, who put their lives at risk.) (Hank Anchorman: That's right, Perch. We heard a lot of complaints from the civilians, who were fed up and angry at the same time.) (Chet Ubetcha: And this is Chet Ubetcha saying, that Pierre is responsible for his antics put people in danger.) (Sophisticata turned off the TV) Does anyone else want to see the rest of their complaints towards Pierre? No? (Suddenly, the bell rings) Oh! Would you look at that? The lunch bell rang. Bye, everyone. Now, if you excuse me, I'll be at the Teacher's Lounge if anybody needs me. (Pierre: [sadly sighs])"
―Slinkman punished Pierre for his antics he caused in Canterlot City yesterday

"Pierre, please. Just take the responsibility for your actions or I'll make you sign the Accords. (Pierre: But, Zion–) No buts! This is the last time! I've had it with you and your antics that you caused back in Ohmagatoki, ruining Halloween with your COVID-19 incident and wanting me gone while I was fighting Absolute Tartarus because enough is enough! (With the words that Zion said to Pierre were true, he is stunned to hear his words were like knives that stabbed his heart) (Zion "Pikachu18" sighs) I know that Ross and I need you to sign the Accords but that's the way it's gonna be. (Pierre: Zion, no... Come on...) I've had enough of your antics, Pierre. Okay? God, I sounded like Planet's dad. Rocky, I need you to help me real quick before you guys leave. (Golden Rock: [off-screen] Pierre! Do the thing, uh... Whatever Zion says!) (Off-screen) Okay, you heard him. (Pierre: (Turned around and sees his friends, who were mad at him) Guys, please...) (Claimh: After we signed the Accords. The Pierre Army is disbanded 'cause you brought it upon yourself, Pierre.) (They left Pierre alone, Zofiria sadly leaves along with them)"
―Zion "Pikachu18" is fed up with Pierre and his antics

"(School band room, where we see Zion writing "Elevate" for their duet performance at the Spring Formal with Fun Time Rush) Frankle? (Frankle: (On Zion's phone) Yes, Zion?) Can you ask your mom to call me regrading the Spring Formal? (Frankle: (On Zion's phone) Yes, sir.) Thank you. (Turned off his phone, Blueberry Cake knocks at the door) (Blueberry Cake: (Opened the door) Zion?) Blueberry! Come on in. (Blueberry Cake: Pierre's gone. (Hands Zion the note that Pierre wrote knew that he left Canterlot City after he refused to sign the Accords due to him, angrily points out Pierre's antics put everyone in risk) Zion...) This is my fault. This is my fault. I-I blew it. He knows that he needs to take responsibility for his actions lately, instead of being understanding, I just went all angry on him. I have to find him and apologize. I have to find him and – and make him come back. (Blueberry Cake: Zion, you'll never find him.) I– (Blueberry Cake: He's my friend too, and I don't want to give up on him. We're his family.) Yeah. Uh, are you sure? (Blueberry Cake: Yeah. Cherry and I will bring Mario, Sonic, Twilight, Sunset, Leo and the others.) (Zion smiled at Blueberry Cake) Thank you. (Ninto arrives) Hey, Ninto, what's up? (Ninto: Not much, Zion. Pierre wanted me to give you this Ridewatch.) (Ninto hands Zion "Pikachu18" a Kiva Emperor Zanvat Bat Form Ridewatch) What is it? (Ninto: It's a Kiva Emperor Zanvat Bat Form Ridewatch. Pierre wanted me to give you this Ridewatch for safekeeping.) I will, Ninto. Thanks. (Ninto: You're welcome.)"
―Zion "Pikachu18" blamed himself for testing his friendship with Pierre

"(Zion, Twilight and Sunset sees Councilman Johnson's office is empty, and hears the door slammed wide open to reveal the room of hidden cameras) (Sunset Shimmer: Councilman?!) You're out of your office! (Matthew Johnson: I tried reasoning with you, Zion. But you keep forcing me to take extreme measures.) (Johnson shows him, Twilight and Sunset the cable cutters and the rip-out cables wires) Wait a minute. You caused the citywide blackout last night, not Pierre! (Matthew Johnson: What choice do I have, Zion? You're the one who's always judgmental on Pierre. Let's not start off by pointing fingers, shall we?) You really are the manipulating Matthew Johnson, aren't you? (Twilight Sparkle: Councilman, this isn't fair!) (Matthew Johnson: "Fair"?! I'll tell you what's not fair! Being fed up with Pierre and his constant shenanigans that ruined everyone's lives! (Then Sunset pressed the record button on the video camera) Do you think I care about what that stupid blue plumber has to do with saving Canterlot City? No, I don't! I'm the one who wants to maintain order in this town by manipulating those idiots that he does not belong in society! The reason I wanted to win this election was for me to lie my way to victory and my blackmail saved the day from him and his antics! All I know that I'm also the one who created the Corrupted Team JIRO. Well, finally, my anger and hatred towards Pierre has finally paid off, and no STUPID BLUE PLUMBER IS GONNA MESS IT UP FOR ME NOW!) (Zion nods to Sunset, as she stopped the recording. Then Zion, Twilight and Sunset summoned their Keyblades, as they get ready to fight) Why you, manipulating treacherous monster!"
―Zion discovered Councilman Johnson's secret and betrayal

"(Orb the Hedgehog: Uh... I've had it! I'm over it, Pierre!) What are you talking about? (Orb the Hedgehog: This! Any of this! Over and over, we get into trouble, you make up one of your schemes, and everything ends up worse.) (Pierre gets mad, after what Orb said) Schemes? I'm the only one trying to get us out of this mess! (Orb the Hedgehog: A mess that you created! This never would've happened if you hadn't pushed us into making that stupid video.) Hey, people liked that video! (Orb the Hedgehog: Ugh, you are so in denial.) Oh, I'm in denial, "Coolguy"? (Orb the Hedgehog: How dare you. All of your antics have put us in risk because of you!) Me? Oh, yeah, it's ALWAYS! Pierre! You're giving me the complex! (Orb the Hedgehog: Because it IS always you! At least my life makes sense!) (Both Pierre and Orb stopped arguing, and Pierre realized that Orb's life makes sense) (Pierre and Orb the Hedgehog: [remorsefully] Sorry, I... [pause] Sorry.) (Juggler the Hedgehog: We know you wanted to do the right thing for Canterlot City.) (Xand: Yeah, 'cause it's our home, too.) And I guess we understand each other, have we? (Orb the Hedgehog: Yeah. [to Favre] I'll leave you guys alone. Come on, let's spend the night here, and head back to Canterlot City in the morning.) (Favre: Okay. Thanks.) (Orb and the others leave Pierre and Favre alone) (Favre: (Puts his hand on Pierre) You okay?) Yeah. Who am I kidding, Favre? I ruined everything. It's all my fault! Favre? (Councilman Johnson arrived, applauded, and he holds Favre hostage) (Matthew Johnson: Bravo. Very entertaining. And, really, it's the least you could do after being so easy to find.) You! (Matthew Johnson: That's right. I mean, honestly, this was almost boring.) (Favre: [gasped] Orb's phone!) (Matthew Johnson: And now, you're coming with me.) What? (Favre: No, no. Pierre! Let him go!) What are you doing to me, Johnson? (Matthew Johnson: Oh, nothing, really. Just taking you to my mansion.) What?! (Favre: Pierre!) (Favre ran away to warn the others, as Pierre is being held hostage by Councilman Johnson)"
―Pierre and Orb tested their friendship, for putting himself and others in danger. Seconds later, they apologized each other

"(After the final fight with Pierre, Johnson freed himself and spits out the doughnut) You... (Grabbed Pierre) Horrid moronic blue plumber...! (Inhales deeply) I should've ratted you out of this hick town WHEN I SHOWED THOSE MINDLESS SHEEP THAT YOU ARE A THREAT! (Zion "Pikachu18": Hey, Johnson! Take a good look! (Shows Johnson the videotape of Johnson's confession) This video shows everybody what you truly are. Rainbow Dash, play the video!) (Rainbow Dash: Right!) What?! (Rainbow Dash played the video footage of his true corrupted nature to Canterlot City) (Matthew Johnson (On Video, to the public): Do you think I care about what that stupid blue plumber has to do with saving Canterlot City? No, I don't! I'm the one who wants to maintain order in this town by manipulating those idiots that he does not belong in society! The reason I wanted to win this election was for me to lie my way to victory and my blackmail saved the day from him and his antics!) (Hearing this, the civilians of Canterlot City are shocked and angry for what they saw) (Peg: Such a terrible man!) (Back to the amphitheater) (Matthew Johnson (On Video): All I know that I'm also the one who created the Corrupted Team JIRO. Well, finally, my anger and hatred towards Pierre has finally paid off, and no STUPID BLUE PLUMBER IS GONNA MESS IT UP FOR ME NOW!) (The ex-councilman was shocked and horrified to see this, and turns to Proto Zi-O Trinity, Mario, Sonic, Blueberry Cake, Cherry Crash, Rainboom Turtles, Neohi, Michelino, Mesohi, Ninto, Officer Murphy, Secretary Ross, the Pierre Army, Ryo Ogami and the Galactic Squadron Troopers led by Captain Chaku) (Captain Chaku: You can tell me all about it back at the precinct as a well-deserved punishment for your crimes.) What? Why does it have to be...? (Turned to Pierre, outraged) You. You did this to me. You set me up, you crazy son of a–! (Then two Galactic Squadron Troopers approached him, takes out their Light Blasters and wield their Lightsabers at him, gulps) (Galactic Squadron Trooper #1: (Hand-cuffed Johnson) Do you accept full responsibility then?) I do! (Captain Chaku: Then you're under arrest, Ex-Councilman Johnson.) Ex? For what? (Captain Chaku: Abuse of power, blackmail, conspiracy, creating a nuisance, destruction of property, endangering the public, fraud, hate crimes, high treason, terrorism, reckless driving and attempted murder.) I have no job for this. (Galactic Squadron Trooper #2: Don't worry, you'll have plenty of time until we get to court but first, you will pass the physical. Let's go.) (They arrested ex-Councilman Johnson for his crimes, thus losing his election)"
―Matthew Johnson's last words before exposure to Canterlot City and arrest 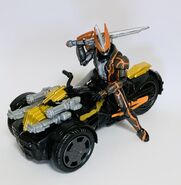 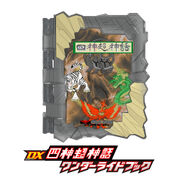 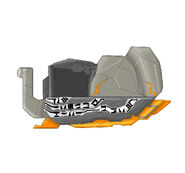 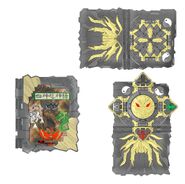 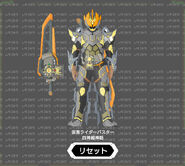 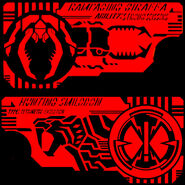 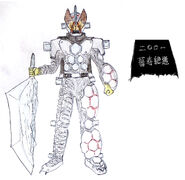 Matthew Johnson got a present from Absolute Tartarus 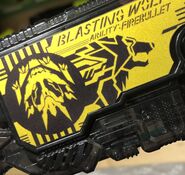 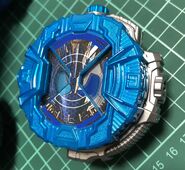 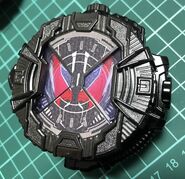 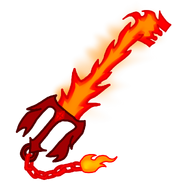 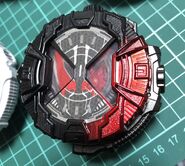 Get Along Dino Key